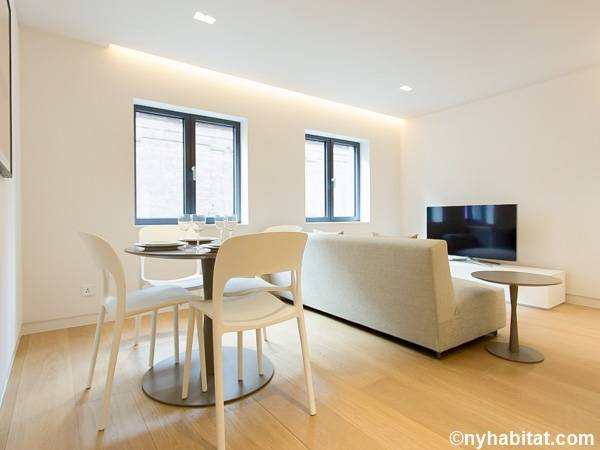 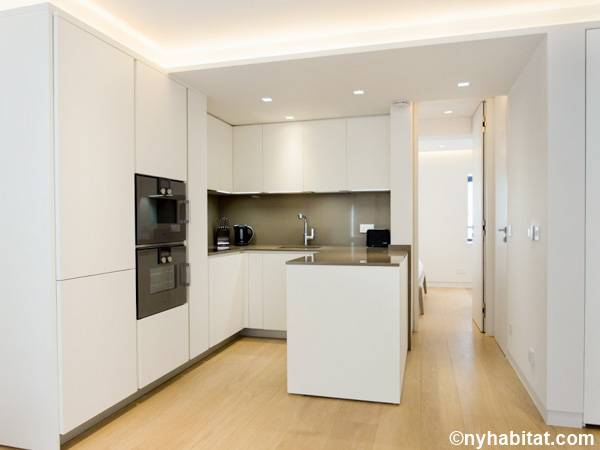 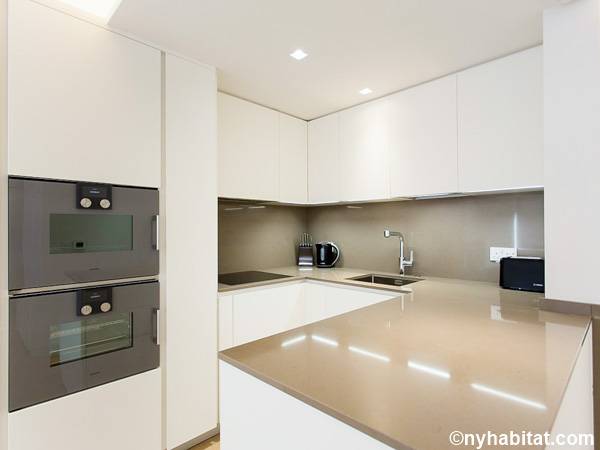 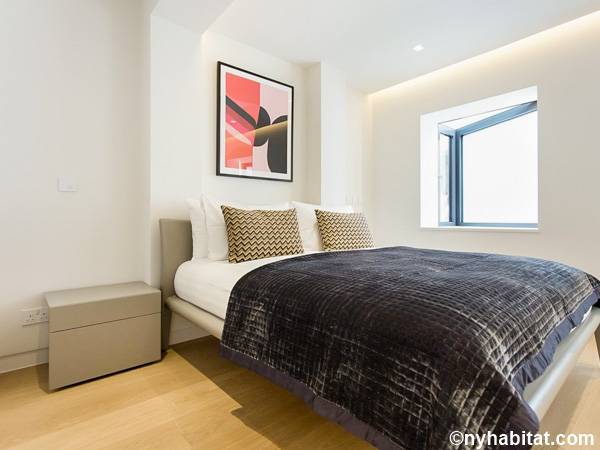 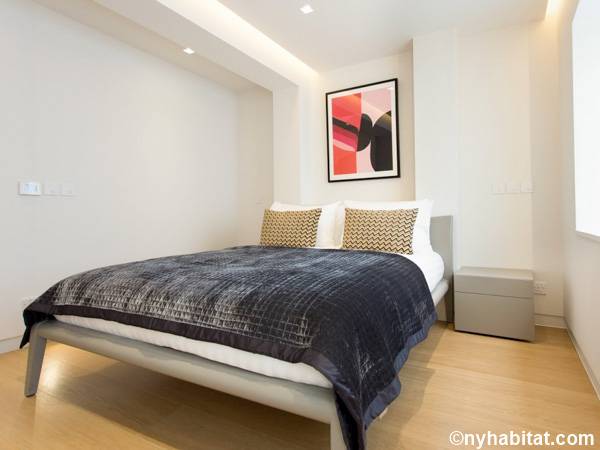 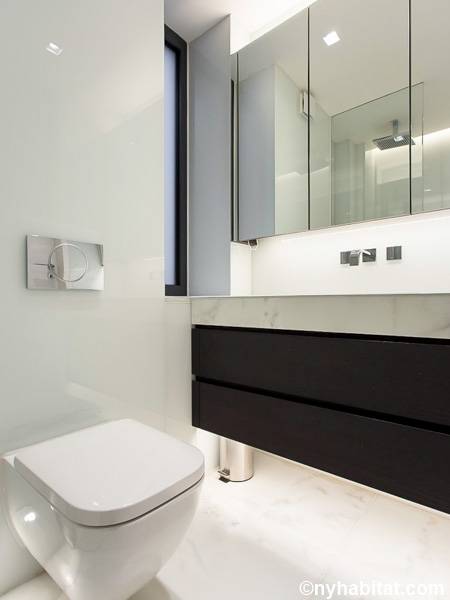 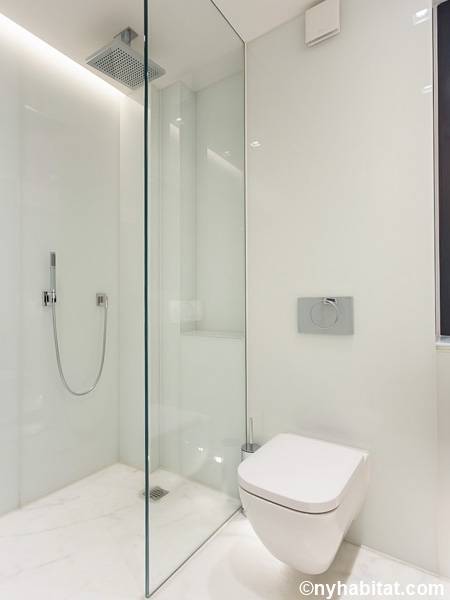 Move into this chic one bedroom apartment in the trendy London neighborhood of Soho. Decorated in a contemporary style, there is a strong emphasis on line and form which gives this apartment its vitality. The open floor plan and minimalist furnishings present itself as a blank canvas to make your own. From the relaxing living room with elegant backlighting, you can easily access the kitchen which is furnished with designer appliances, custom shelving, a deep sink, and a wrap-around counter top. The bathroom includes a separate water closet, marble features, and a rainfall shower head. The bedroom includes a double bed and modern art to compliment the smooth profile and natural light defining the room.

The apartment is on Greek Street and Bateman Street in the neighborhood of Soho, an edgy place that mixes high class Mayfair chic with a grungy and seedy underbelly. A popular destination for tourists and locals alike, Soho is a place that you will always find people walking around whether it’s shopping at specialized boutiques during the day or bar hopping at night. Sitting in the famed West End of London, this area is a renowned theater district where you can see everything from world class productions to more experimental shows. Head over Leicester Square (500m/0.3mi) and you can participate in popular events such as the Chinese New Year or London Film Festival.

The one bedroom apartment is near a number of other London tourist attractions including Big Ben (1.8km/1.1m), Buckingham Palace (2km/1.2mi), and the Westminster Abbey (1.9km/1.2mi) which can all be easily accessed by the underground tube from the Tottenham Court Road Station (350m/0.2mi).

Amenities:
Location
Mayfair - SohoLondon
Map: London Furnished Rental - Greek Street and Bateman Street London W1D
subway i These maps/directions are informational only. No representation is made or warranty given as to their content, road conditions or route usability or expeditiousness. User assumes all risk of use. Google Maps, New York Habitat, and their suppliers assume no responsibility for any loss or delay resulting from such use.
Rooms
Living room
Features: Window, Phone, TV, Sofa, Dining table 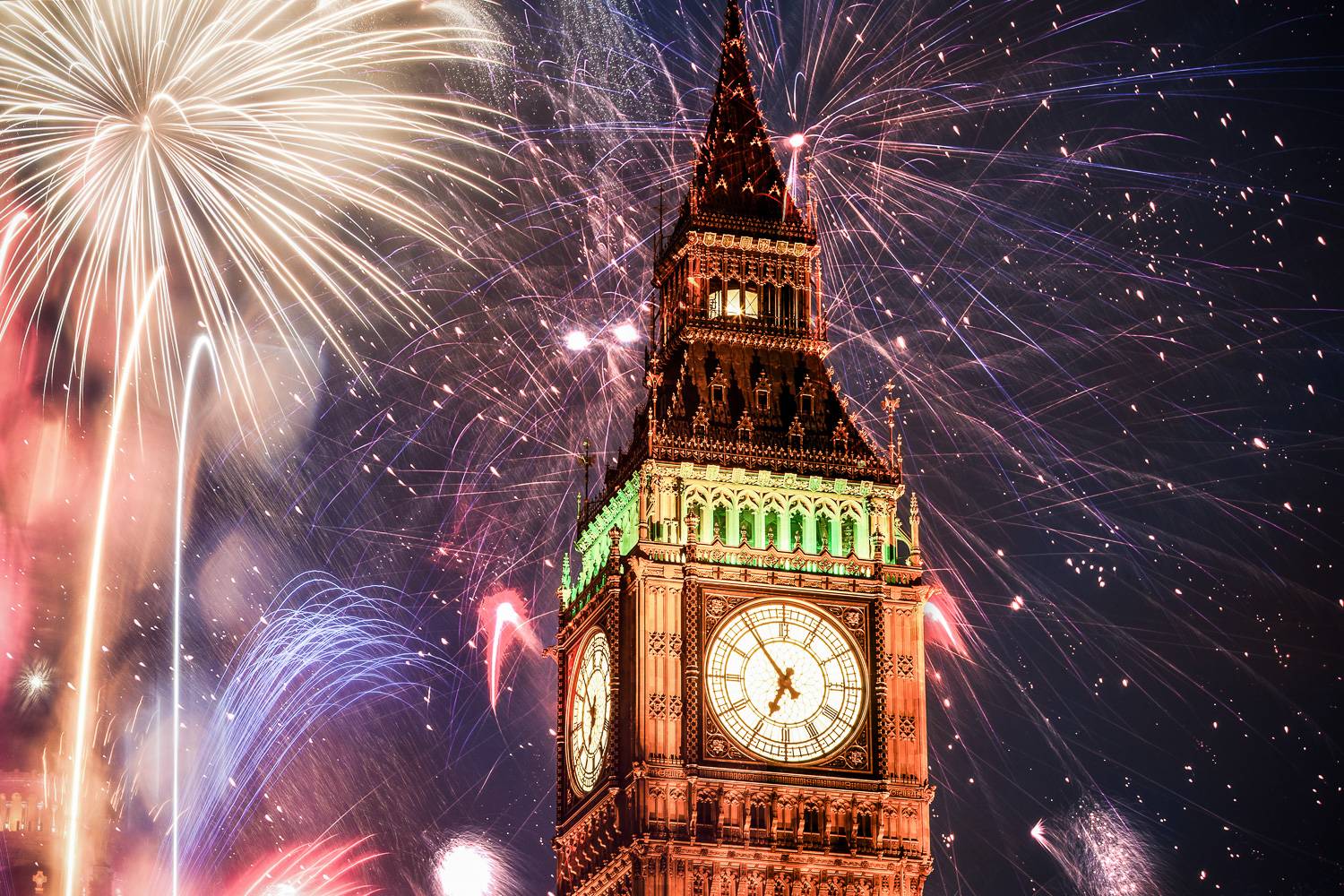 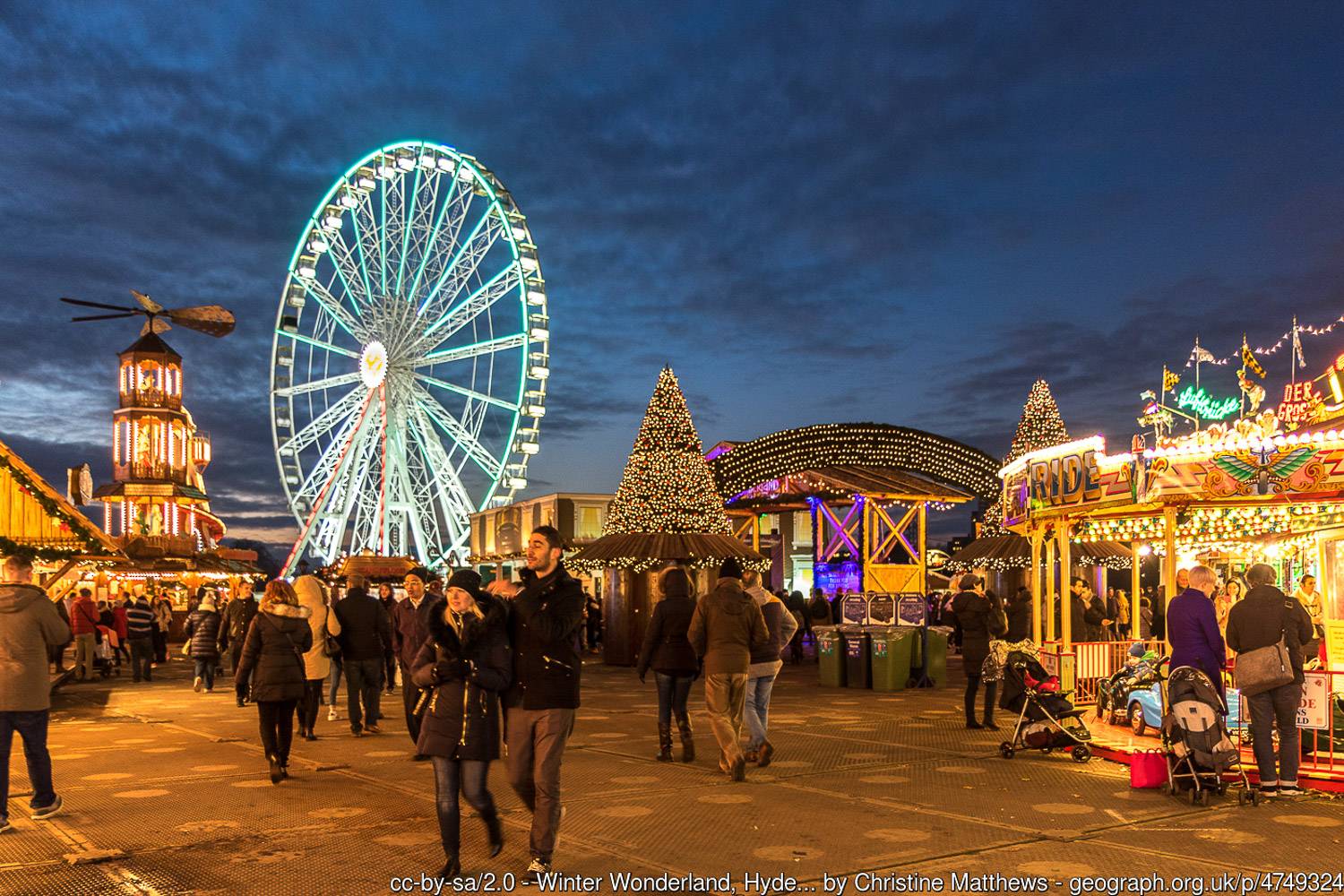 Travel Like an Englishman This Fall in London Sep 23 2019 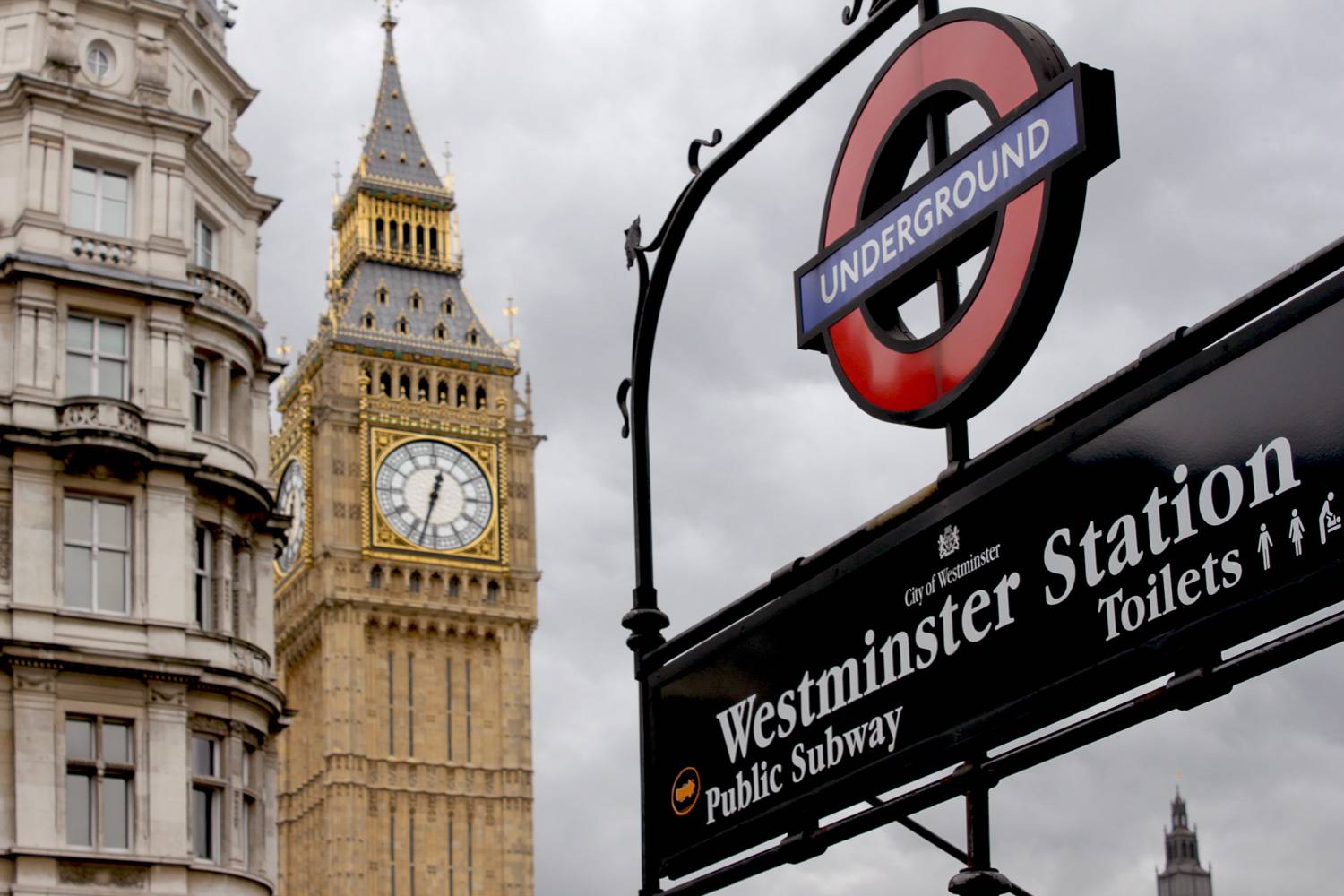 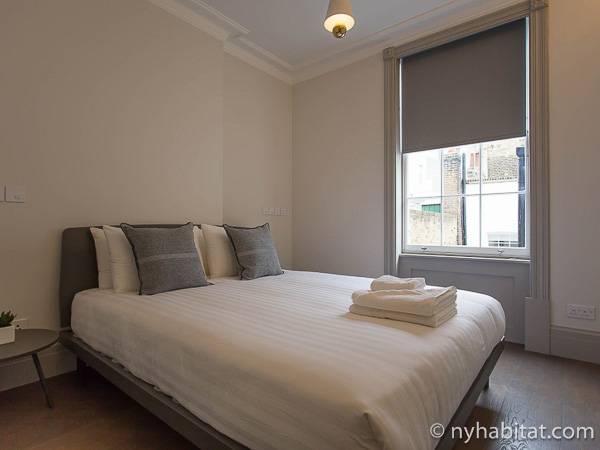 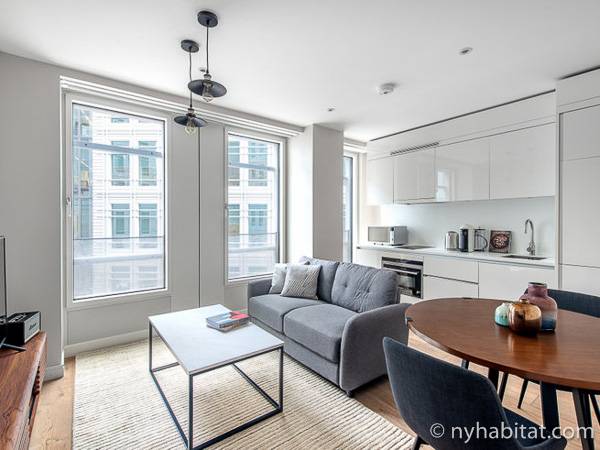 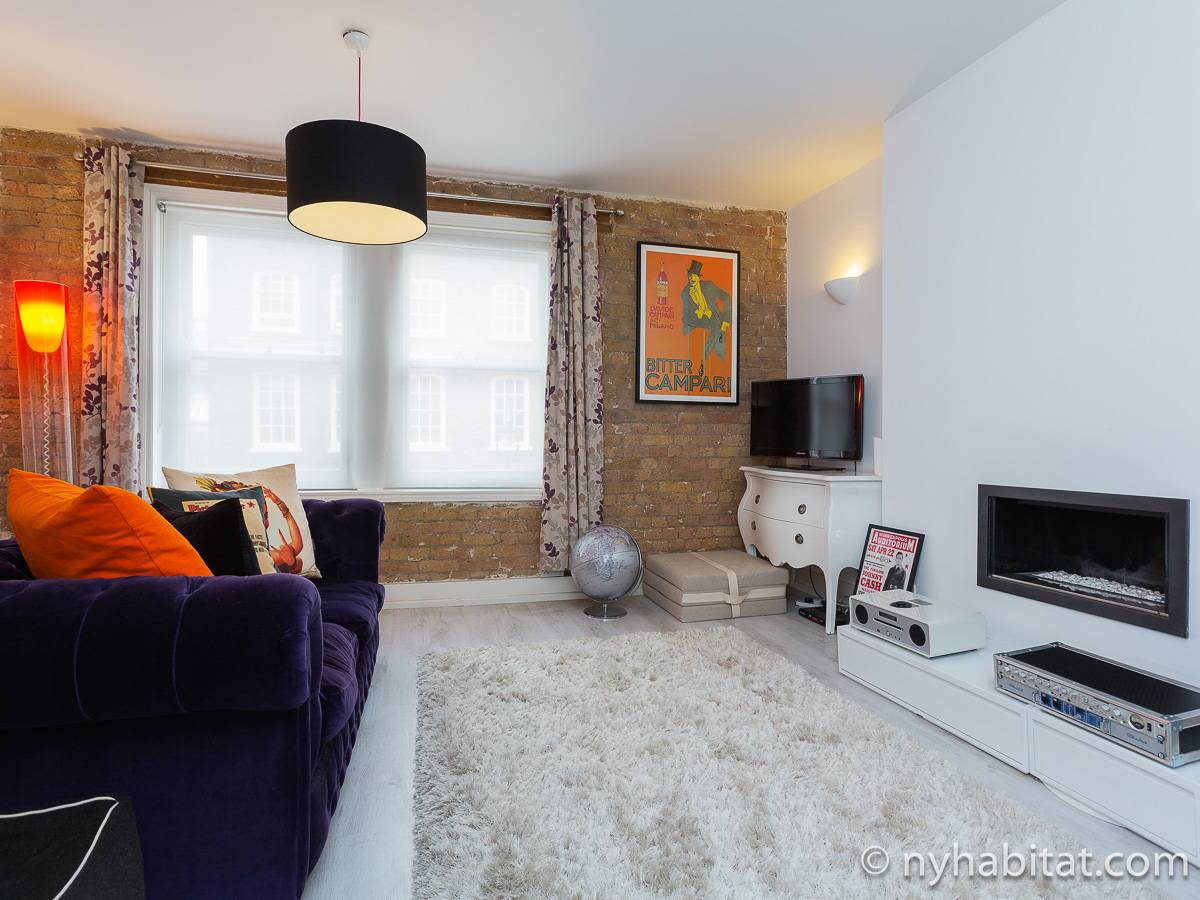 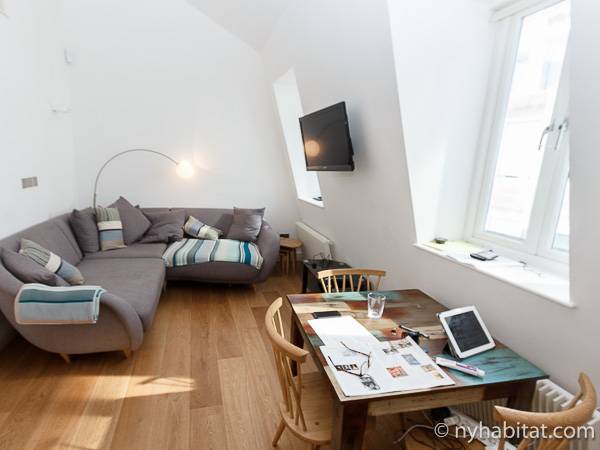 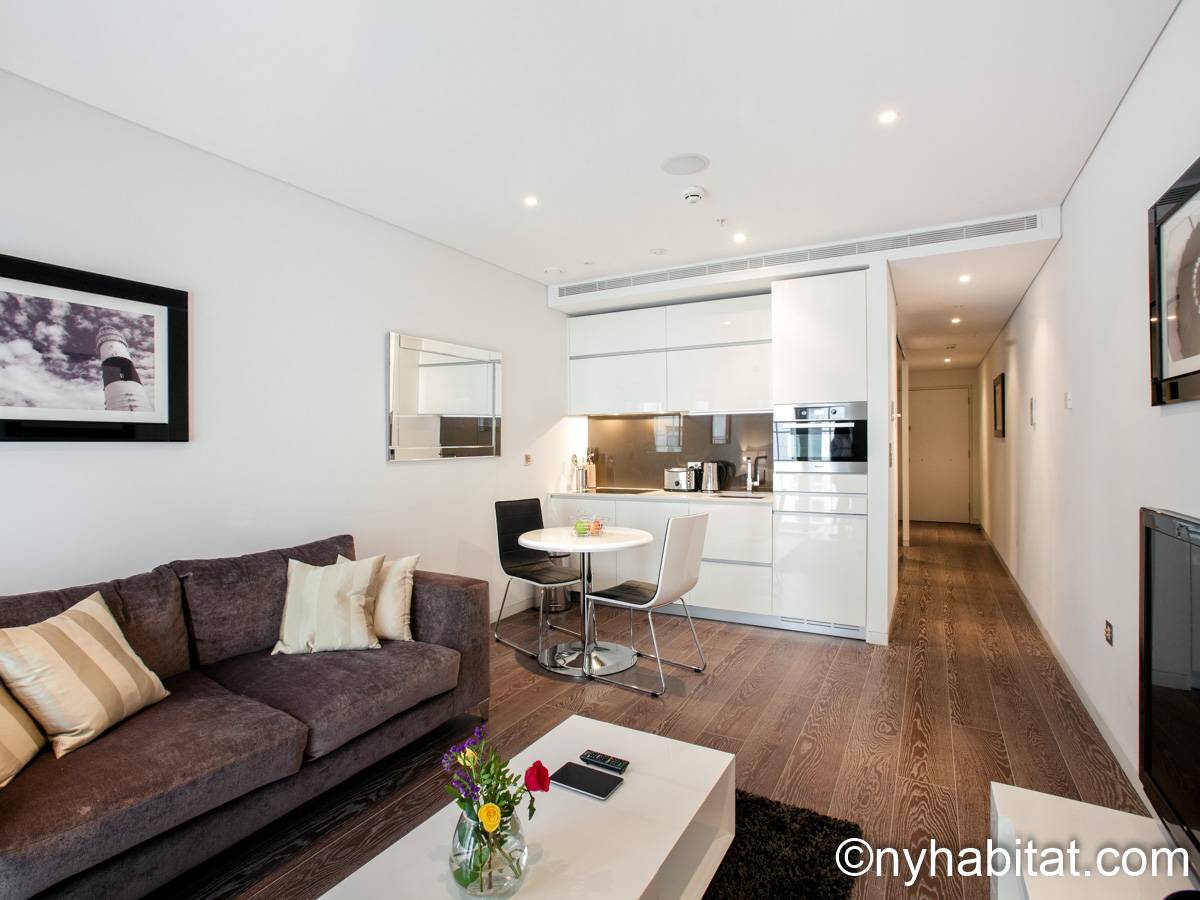 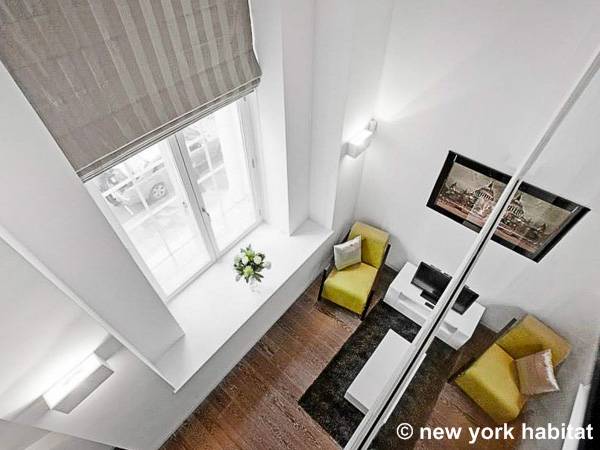 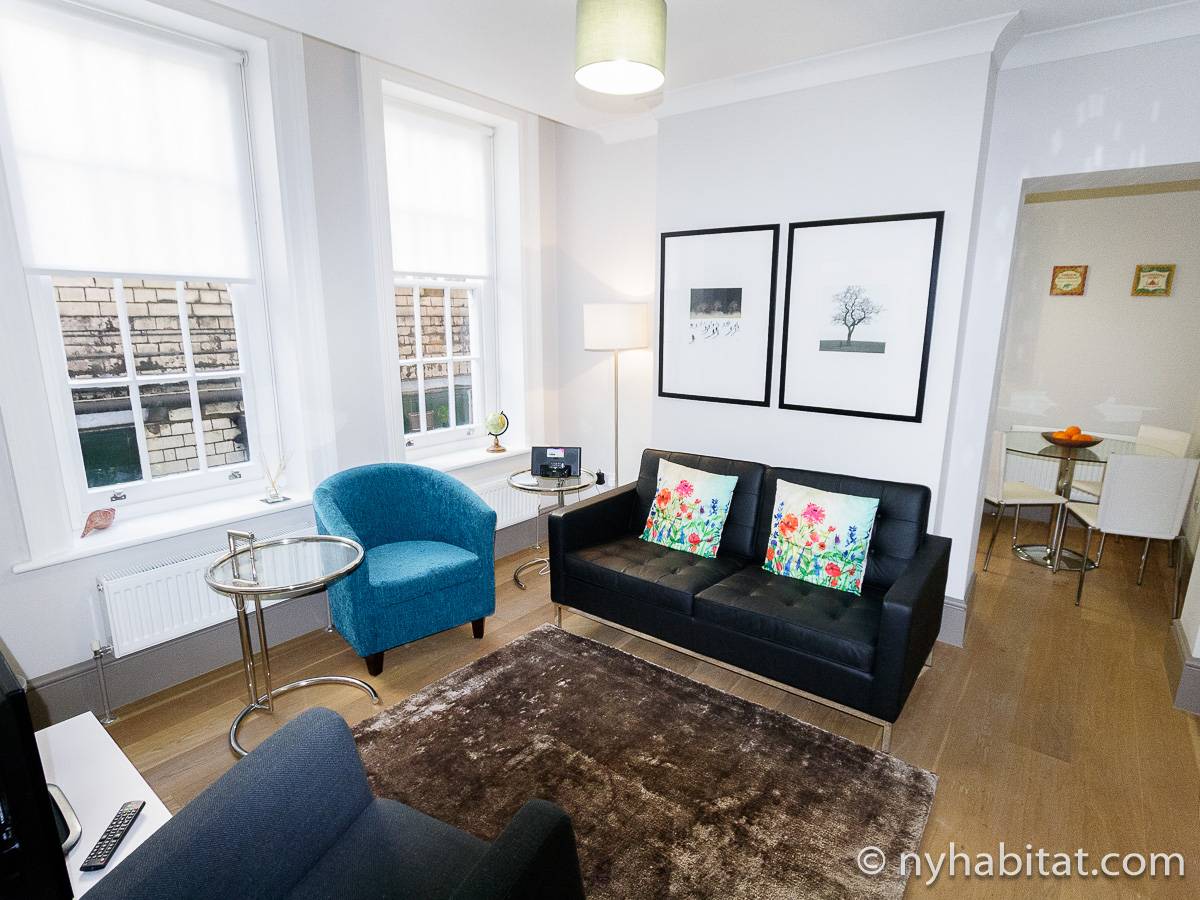 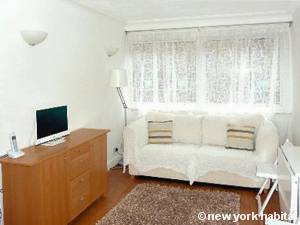 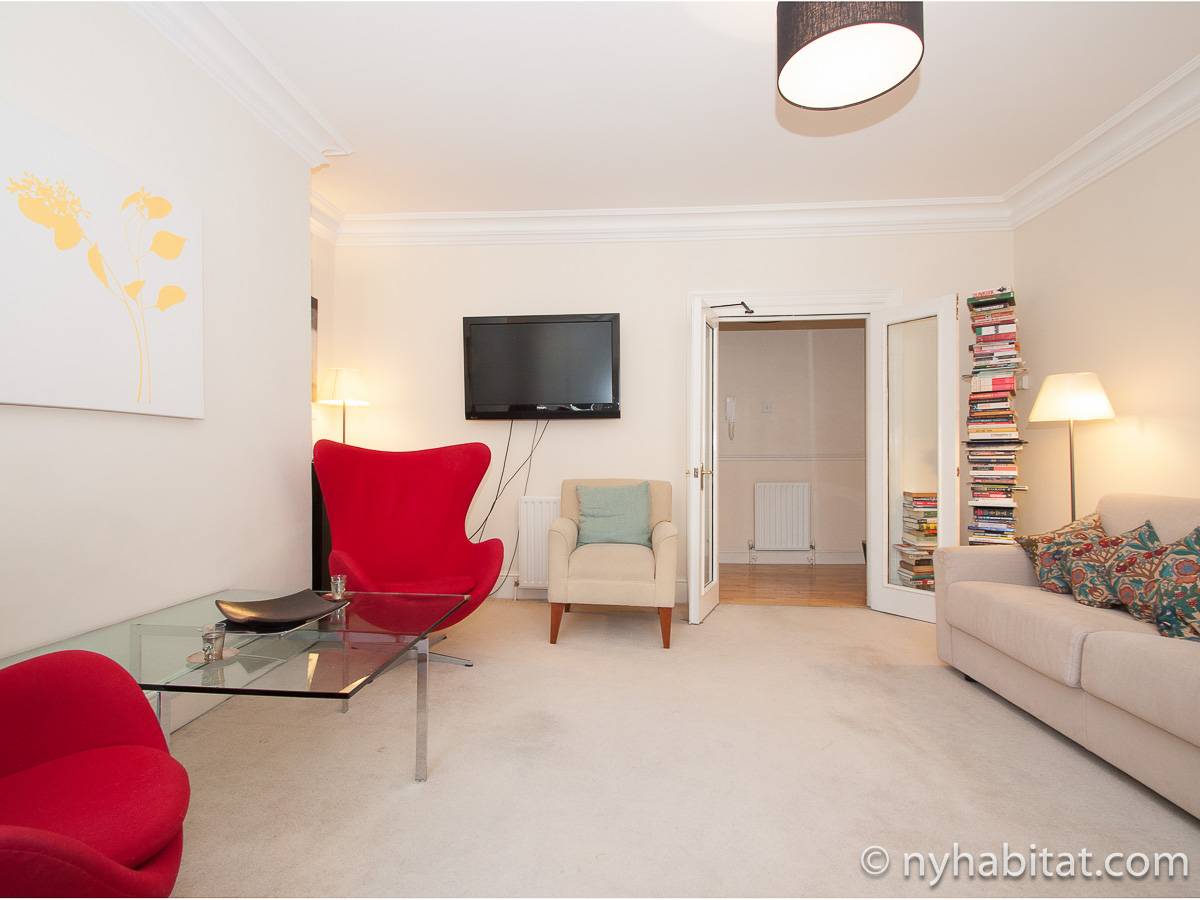