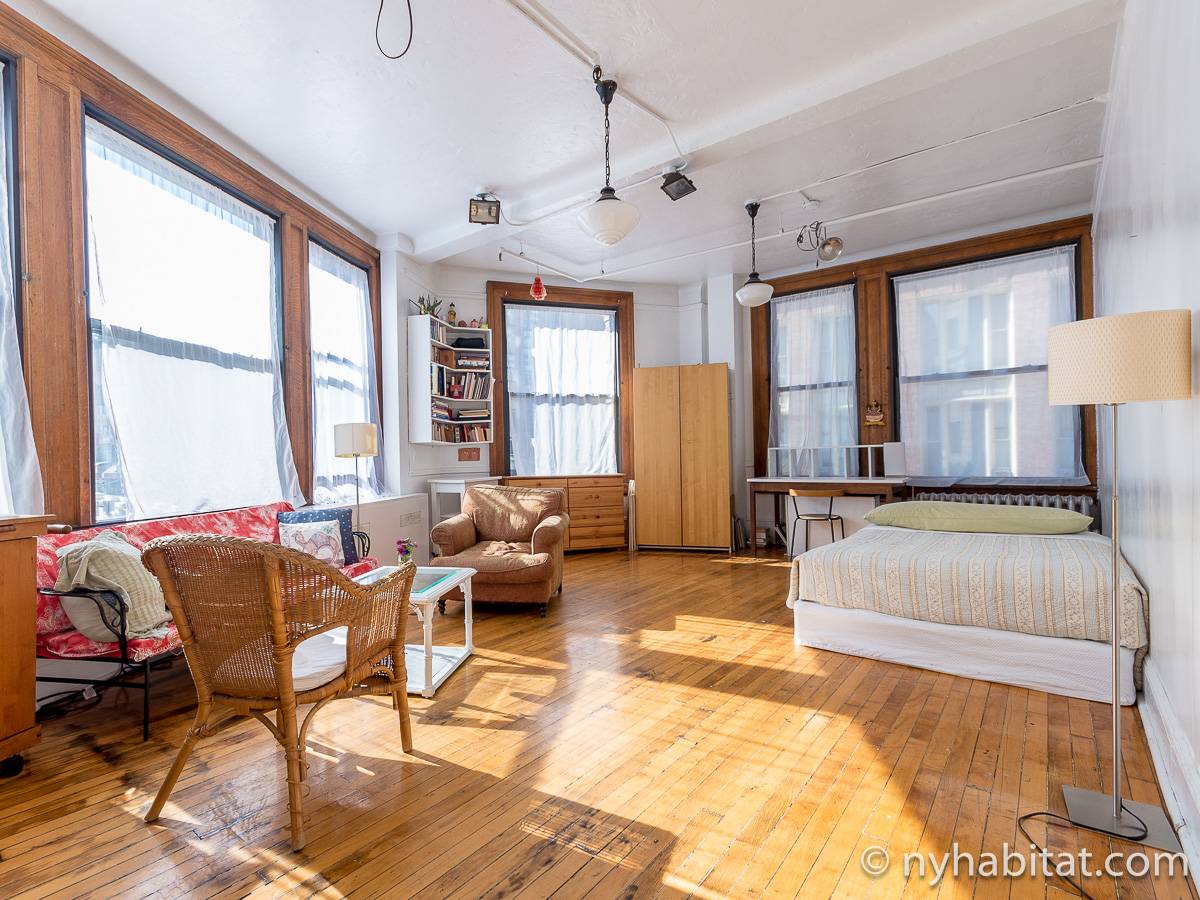 TriBeCa, the "triangle below Canal" street, is located on Manhattan's west side. TriBeCa has become one of New York's trendiest neighborhoods with popular restaurants, the famous TriBeCa film festival and more. Due to the loft spaces in TriBeCa there are many opportunities for rooms to rent.

Battery Park is located at the southern end of Manhattan. It addition to being the actually park, Battery Park consist of Battery Park City which is a development build to the west of TriBeCa along the Hudson River using the land excavated where the World Trade Center was originally built. Rooms for rent in Battery Park City are often in two and three bedroom apartments in high-rise buildings.

Battery Park and other parks around Battery Park City offer views of New York harbor which includes the Statue of Liberty and the shipping industry in the area. The World Financial Center is located in Battery Park City as well as a City University Campus.

There are various options if you are looking for a room to rent in TriBeCa or Battery Park including lofts, standard modern rooms and more. With access to almost every subway line, downtown Manhattan offers easy connections to the rest of the City and Brooklyn.