Our specialty in renting apartments online requires a lot of computers and servers. As we grew and expended our activities to France (Paris and the South of France), then to London, we realized that all these computers and notebooks would be a great asset for this worthy philanthropic project.

Initially, our company contributed cpu time of two office computers.  We now share use of all our office computers and generate more than 283 processor-hours per day. Our contribution places us in 180th position among 1.3 million members in this project.

In just 5 years, 534,500 hours of total cpu (processor) time has been donated to cancer research–equivalent to 1 computer running 24/7 for over 61 years!

An automated investigative process called “LigandFit” examines the binding characteristics of ligands to protein molecules. ( a ligand is a small molecule that binds to a particular larger molecule. ) This is useful to identify potential cancer drug therapies.

In the next couple of months, as soon as new computers becomes available, we will also contribute to a new project for research against AIDS.

If you would like to participate in this project using your computer at home or at work, we invite you to join New York Habitat’s Team.

You can obtain more information and download the software to join cancer research and then ask to join our team (New York Habitat).

New York Habitat Aids in the Advancement of Cancer Research

In 2001, New York Habitat made the decision to utilize the resources necessary to operate a multi-city apartment rental service to assist a greater…

END_OF_DOCUMENT_TOKEN_TO_BE_REPLACED

We make a living by what we get, but we make a life by what we give. ~Winston Churchill Based on reader suggestion and feedback,…

END_OF_DOCUMENT_TOKEN_TO_BE_REPLACED 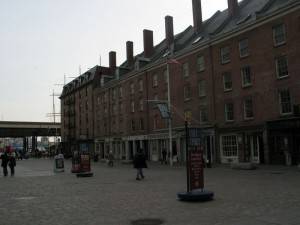 As any self-respecting New Yorker knows, the South Street Seaport in the Financial District no longer reeks of fresh fish, nor is it filled with…

END_OF_DOCUMENT_TOKEN_TO_BE_REPLACED

New York Habitat has recently invested in upgrading our phone system to include Skype phones for all of our agents. The Skype technology has opened…

END_OF_DOCUMENT_TOKEN_TO_BE_REPLACED

A great way to share information with our customers and owners on various topics using “a casual style.” For several months we have been thinking…