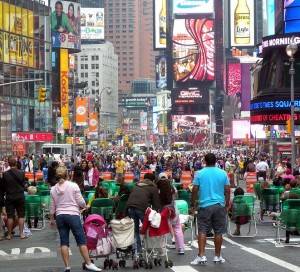 Times Square is enjoying a prolonged renaissance after experiencing several watershed periods since being named after the New York Times building way back in 1904.

What was once a decrepit corner of New York that tourists were warned to steer clear of has transformed into a playground for out-of-towners. While native New Yorkers do their best to avoid the square for fear of slow-moving, camera-wielding crowds, many first time visitors wouldn’t be satisfied with their trip unless they experienced the unique sensory overload that comes with a visit to modern Times Square.

Much more than just a place to gawk at flashy advertisements, today’s square has it’s own share of museums and exhibit halls in addition to the Broadway theatres that have been a fixture for decades. New York Habitat has been around long enough to witness the transformations of Times Square and now welcomes hundreds of visitors a year to apartments in the district.

An important part of the most recent changes taking place at Times Square that have made it a destination in itself is the opening of the Discovery Times Square Exposition. The DTSE is a large scale exhibition center dedicated to entertainment, education and adventure. As special exhibit exploring the works and life of Leonardo Da Vinci is currently offered at the center. The presentation, entitled Leonardo Da Vinci’s Workshop, brings to life the artist’s 500 year old inventions created from his actual notebooks, genius works that proved to be well before their time. In addition, the exhibit also displays some of Da Vinci’s most important paintings using new technologies and extensive 3D animations and imaging. The exhibit provides an interactive and enlightening look into one of the greatest minds of all time.

The Da Vinci’s Workshop exhibit, taking place in the neighborhood of Midtown West in the middle of Times Square , shows how much of a destination the square has become. In the past tourists would bustle by the square but today many out-of-towners are discovery that a visit to the famous square might require a full day, or more. New York Habitat has a ton of experience with apartments in Midtown West, below are a few available accommodations to get your search started:

– This 2-bedroom apartment rental in Midtown West-Chelsea (NY-16421) is just a few blocks from Times Square and can comfortably accommodate 6 guests.

– This comfortable and modern 1-bedroom rental accommodation in Clinton – Hell’s Kitchen (NY-14108) can sleep up to 3 people, features large windows illuminating the living Room, and a dinning table for four.

Tell us what you think about the exhibit. 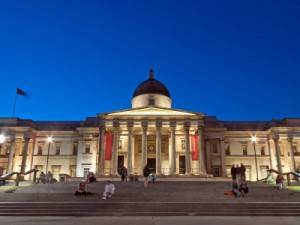 The National Gallery in London boasts one of the finest art collections in the world, a must-see on any trip to London. But until February…

END_OF_DOCUMENT_TOKEN_TO_BE_REPLACED 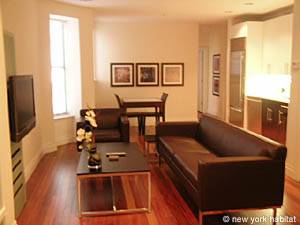 2008 certainly shook things up. Why not do the same and ring in the New Year in the heart of New York City? It’s not…

END_OF_DOCUMENT_TOKEN_TO_BE_REPLACED 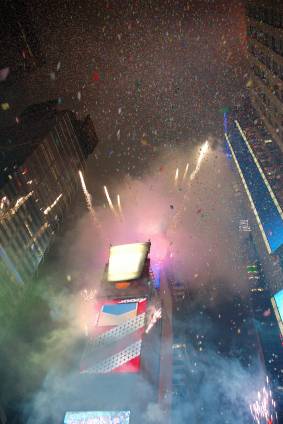 New York City on New Year’s Eve might well be considered the center of the universe. That’s because the iconic Times Square ball drop, possibly…

END_OF_DOCUMENT_TOKEN_TO_BE_REPLACED 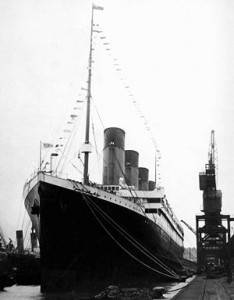 Explore the Titanic in New York

The Titanic was en route to New York when it met its tragic fate almost a century ago. Today, the “Unsinkable” ship has made it…

END_OF_DOCUMENT_TOKEN_TO_BE_REPLACED

Now in its 77th year, the Radio City Christmas Spectacular is an institution in New York. Whether you’re looking to see the dazzling Rockettes for…