New York’s legendary reputation is partly for the millions of visitors who pass through its streets each year. For the rest of us, it’s home, and like any other home, it can be frustrating, exhilarating and magical at the most unexpected moments. There are also certain unspoken rules for getting around the city. Whether it’s your first, second, or 20th visit to New York, here are some etiquette tips to remember when you are out and about in the Big Apple! 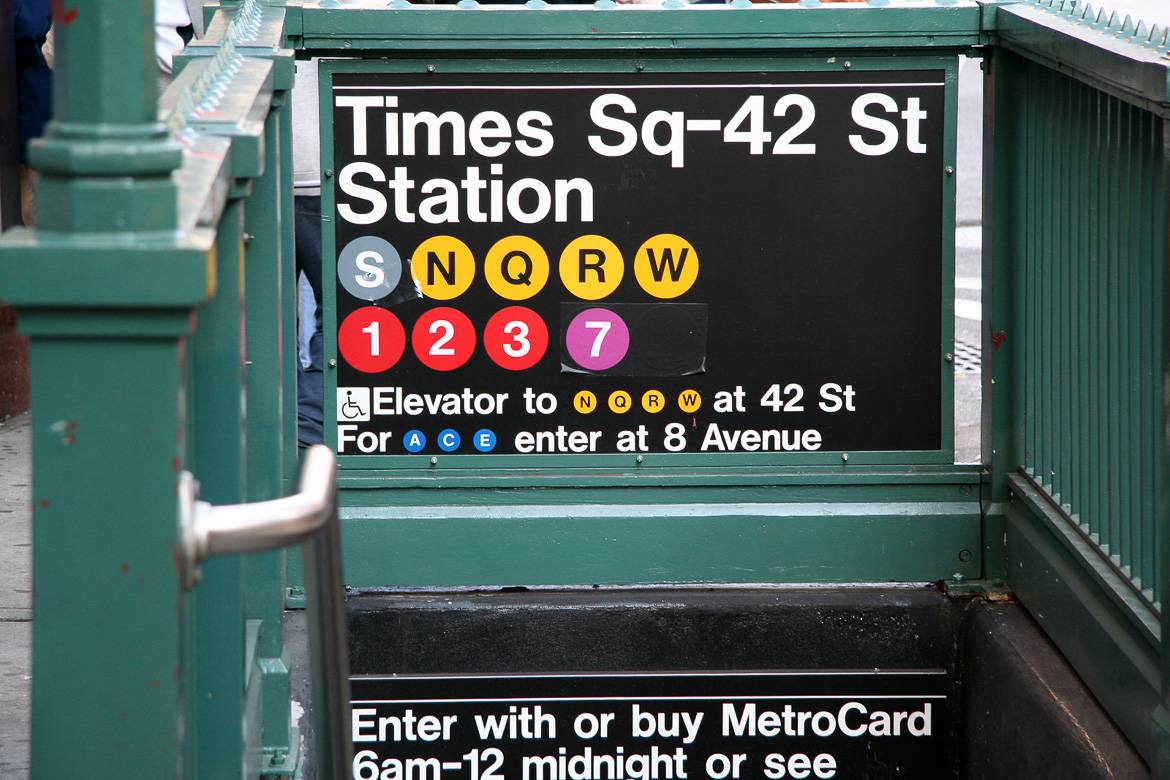 New York’s MTA subway system is perhaps the most efficient means of traveling through four of New York’s boroughs (sorry, Staten Island). It’s also the most complicated. Lines are designated alphabetically or numerically, and like many underground transport systems, are color-coded. Unlike other subway systems, though, multiple lines share the same color. For instance, the B and D trains are both designated by an orange circle, though the trains’ routes are different and split in the Bronx and Brooklyn.

The B and D lines are also perfect examples of an express subway train and a local subway train (the D is express and the B local). Express and local trains may run along similar routes and perhaps even make the same stops, but they are not identical. Local lines will stop at every station along a particular route, while express lines stop only at particular stations along the route (usually stations at which there are transfers available). For example, while the B train (local) makes stops all along the west side of Manhattan, the D train (express) skips the stations between 59th and 125th Streets.

To add to the confusion, train schedules are not always constant. Route modifications are in place during construction, weekends, and rush hours. However, you can always rely on the subway system remaining open at all hours of the day (it just might not be for the train you’re hoping to catch!). For up-to-date information, visit the official MTA website. 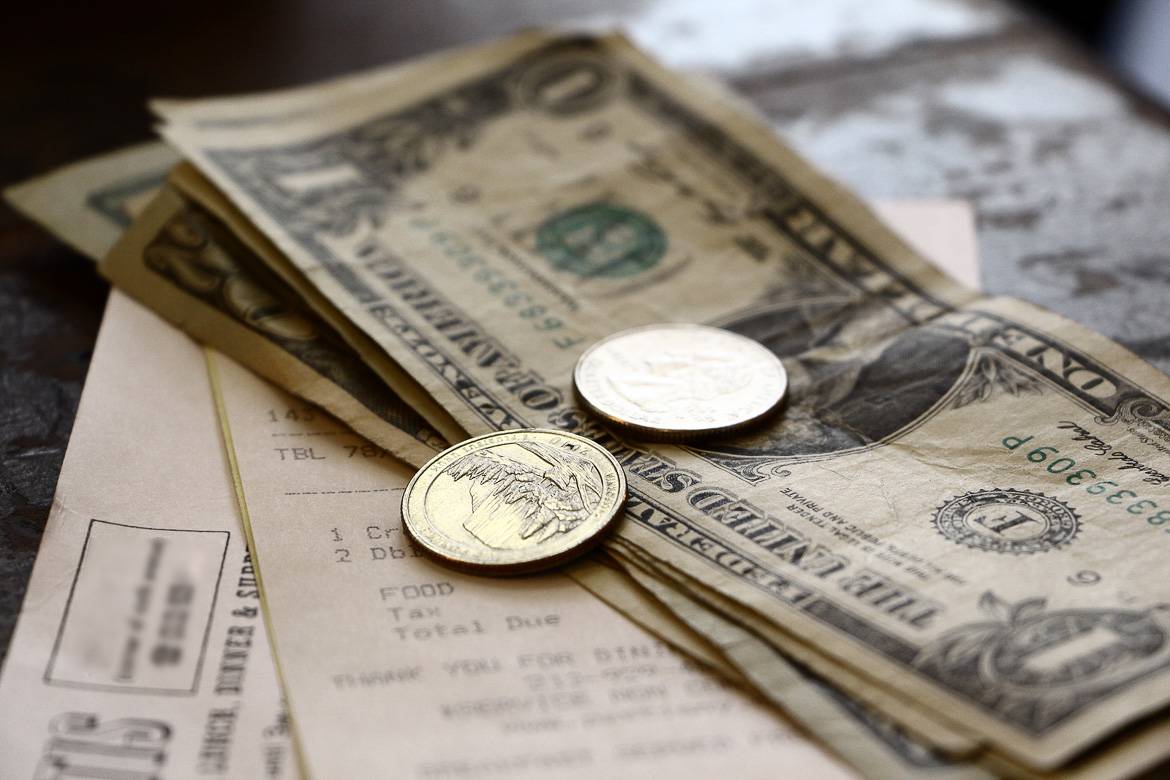 Always leave a tip when dining out

In the U.S., tips are generally given as a sign of gratitude to workers in the service industry, such as maids, bellhops, waiters, etc. Many workers earn most of their money through tips, so be mindful when you cover the tab or check out of your hotel. Amounts vary, but it’s generally understood that waiters should receive 15-20% of the check for average service. You may tip higher or lower for excellent or poor service, respectively, but never tip below 10%.

Bellhops should be tipped $1 per bag (or $2 for just one), and when checking out of your hotel, leave a few dollars per night (in cash) for the maid. Tipping is important: Don’t forget to tip, and remember not to judge too harshly for subpar service, as your attendant might just be having a difficult day on the job.

Unlike in Europe, prices are also not what you see on the tag. A 4.5% sales tax is added to services once you reach the register. Almost every other purchase of products is taxed by an 8.875% sales tax (except for clothing under $110). If you’re looking for shopping ideas, check out our guide to the best places for retail therapy in New York City.

New York is famed for its skyscrapers, so chances are, you’ll be using an elevator at least once a day here (whether at work, in your apartment complex, or both). A slight difference between American and European floor numbering can create a considerable amount of confusion or inconvenience when riding a lift. Remember that many buildings in New York do not have a “ground floor;” they immediately start with numbers. American buildings start on the first floor, while Europeans will label the first story as the ground floor. If you’re European and looking to reach the fifth floor, you’ll have to go to the American sixth floor. Once you’ve mastered this simple trick for floor numbering, taking the elevator should be a breeze. 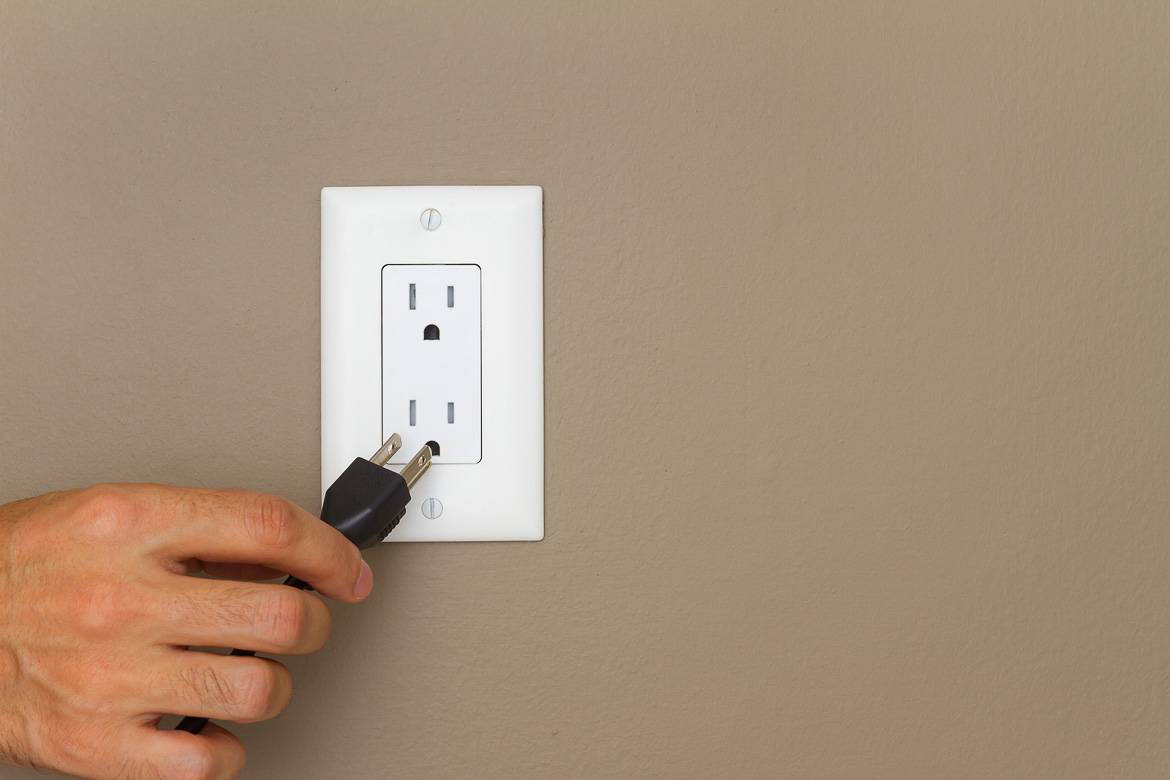 Standard voltage in North America is 120V, versus the 220V standard measure throughout the rest of the world. As such, your electronic devices might not be compatible with electrical outlets in the USA. Sockets are shaped differently too, so plugs for European devices will likely not fit. Be sure to purchase chargers and/or adaptors for all your portable gadgets that fit American specifications. 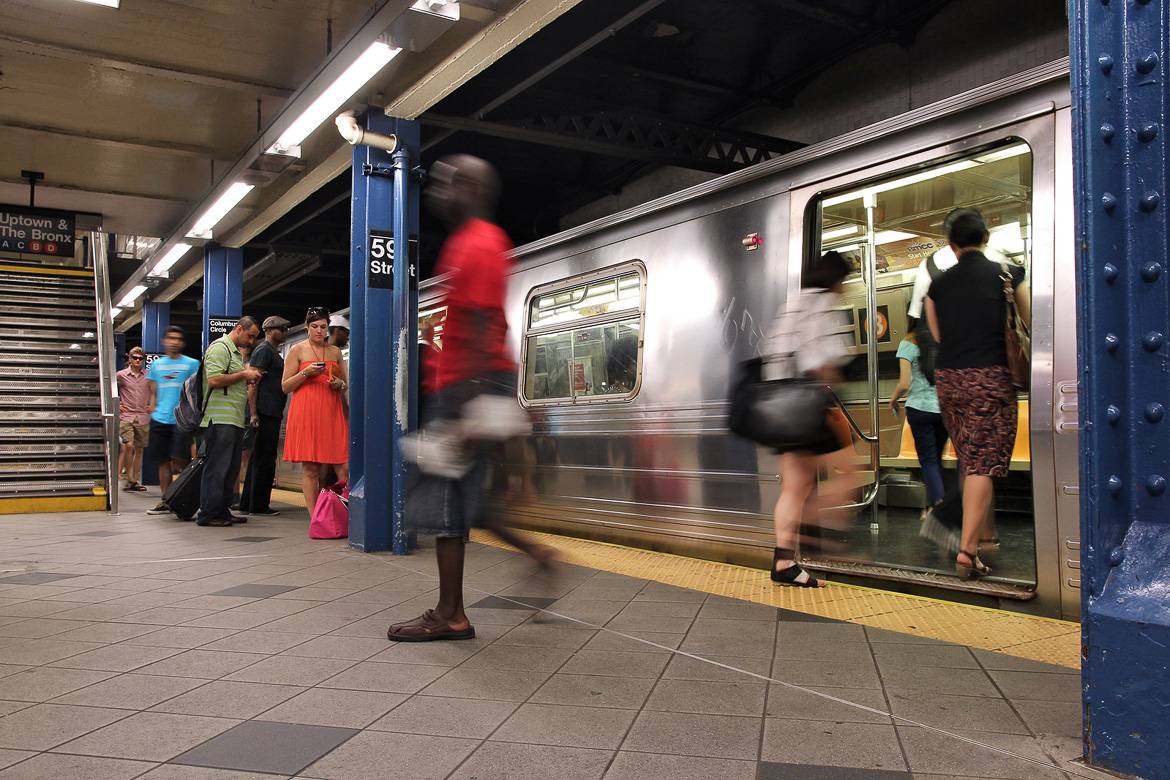 At any given hour of the day, people retreat to the nearest subway station for quick transportation. If there’s anything a New Yorker dislikes, it’s getting delayed in inconsequential ways. Movement can clog around the turnstiles, so always have your Metrocard ready when entering. Bigger stations can have as many as a dozen turnstiles, but less popular stations as little as two, and having your card ready not only spares you the wrath of an impatient New Yorker, but saves you precious time (which could spell the difference between catching or missing your train). The correct orientation for swiping is on the front of the card: swipe right to left, with the black strip facing you.

Stand on the right side of escalators to let those walking up the moving staircases by on your left. Never hold closing doors in the subway, even if your train is sitting at the platform. You will not be able to squeeze into the train car, and you will endanger yourself or someone else in the process. And lastly, beware of scammers. It’s best to ignore them, no matter what they may be selling. There’s no need to avoid the subways out of fear! Be aware, use common sense, and you’ll be fine. 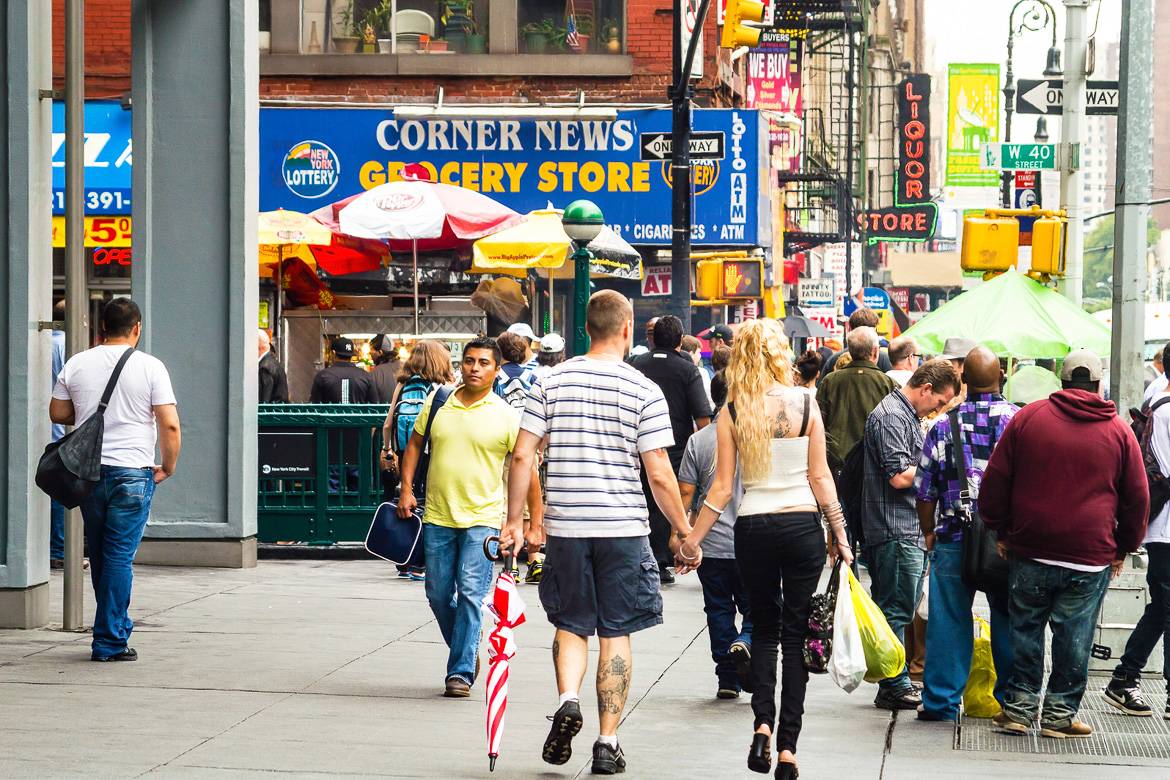 Any native New Yorker will tell you that this is a huge pet peeve of theirs: do not stop in the middle of the sidewalk. Fellow pedestrians need to keep moving, and halting in the middle of the sidewalk impedes foot traffic. This is especially true if you are traveling with a group of people; do not occupy the entire sidewalk! If you need to consult a map or want to take a photo, simply step to the side. If you notice someone walking at a faster pace, give them room to pass. Treat other pedestrians with the courtesy with which you treat other drivers on the road for a win-win situation.

In Manhattan, if you want to travel north, you would say you’re heading “uptown,” and traveling south means you’ll be going “downtown.” There is no equivalent terminology when describing east/west directions. Keep in mind that this is also how the subway system classifies direction in Manhattan. If you want to visit 14th Street in Greenwich Village from 42nd Street in the heart of Midtown, you’ll need downtown transportation.

Additionally, when referring to Manhattan addresses, always start with the street first, then the avenue. Case in point: if you’re looking to get to 10th Street and 3rd Avenue, say “10th and 3rd.” Remember that 5th Avenue divides streets to the east and west. Once West 33rd Street crosses 5th Avenue, it becomes East 33rd Street on the other side. Streets run east to west, whereas avenues run north to south (or uptown to downtown).

One of Manhattan’s many benefits is its grid system, which makes navigation easy to master, especially for novices. Bear in mind that some of the oldest districts in the city below 14th Street do not follow a grid pattern. Roads are laid at strange angles, and you won’t find numbered streets. Despite their reputation, New Yorkers are not always brusque. If you approach politely and ask for directions, there’s a good chance the person, whether a city native or a knowledgeable expat, will be willing to help you. Don’t be afraid to ask for help if you feel comfortable doing so. 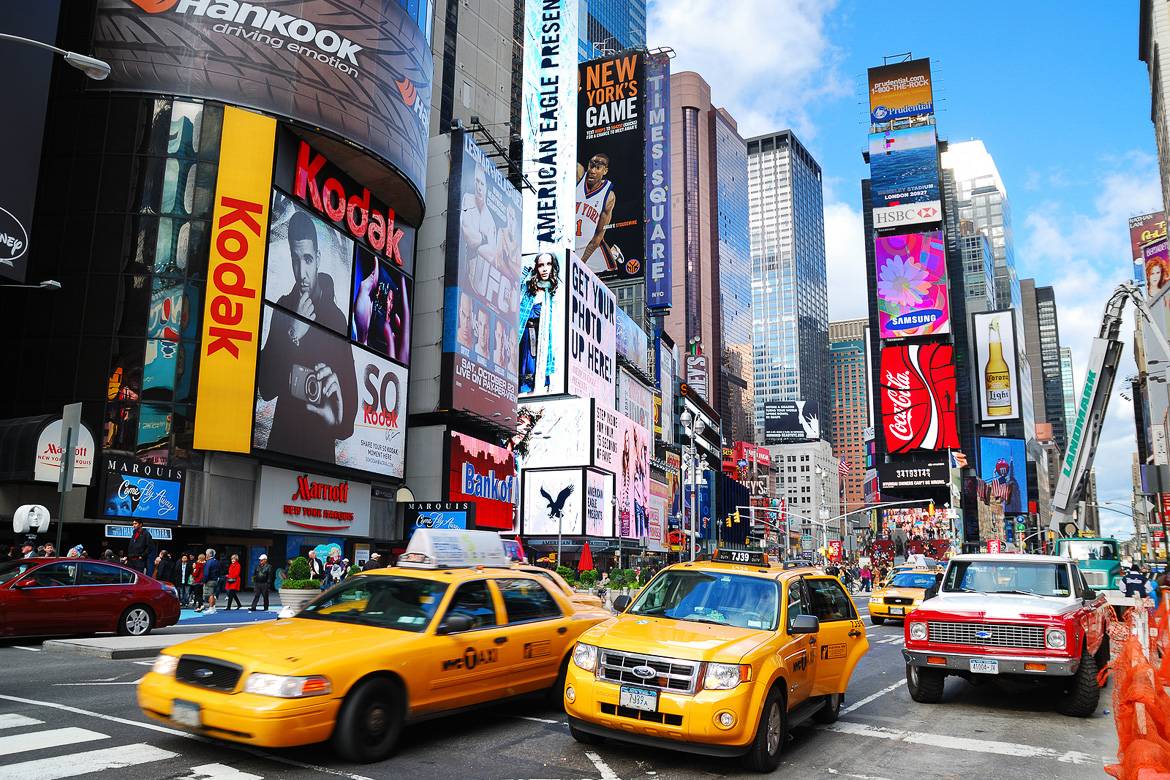 There may be times—especially during inclement weather—when you might be tempted to cut in front of someone for a cab. Simply put; don’t do it. It’s incredibly rude, and will not significantly speed up your trip. Taxis are everywhere in New York, and there is bound to be another around the corner.

That said, be cautious! Never accept a ride from an unregistered car. Manhattan taxis (or medallion cabs) will be a world-famous yellow hue, while cabs in the outer boroughs and north of East 96th Street and West 110th Street (boro taxis) will be lime green. Legitimate services will have checkered livery or taxi/limousine plates with an identification number on the roof of the car.

When you are trying to hail a cab and are scanning the road for possible vehicles, know that the illuminated number sign on top of the cab means it’s vacant and available. If lights are extinguished, it’s occupied. Also, look to see if the off-duty lettering on the sign is lit. If it is, search elsewhere.

This may seem like a no-brainer, but be respectful of residents in your vacation rental’s building. Though you might only be renting for a few days or weeks, it’s others’ full-time home. Treat other residents as if they were your permanent neighbors. Give the same courtesy you’d expect if visitors were temporarily living in your home. Refrain from playing loud music or making noise at odd hours, clean up after yourself if you use communal facilities such as a laundry room, don’t slam your door upon exiting or entering, and be friendly to your neighbors while respecting their personal space. Basic manners apply. If you want to make this experience a reality, check out our listings for long-term furnished apartments and vacation rental apartments in New York City!

Last but not least: explore!

Don’t be afraid to wander any streets or areas that strike your fancy. Venture into the outer boroughs, because there’s much more New York than Manhattan. Ask locals (perhaps your apartment neighbors) for their favorite restaurants, shops, and attractions, and you may uncover a hidden gem. By allowing yourself to stray from routine, you’ll be able to fully immerse yourself in all of New York has to offer, and fall in love with the city that never sleeps. Just don’t forget to bring a map!

What are your best etiquette tips? 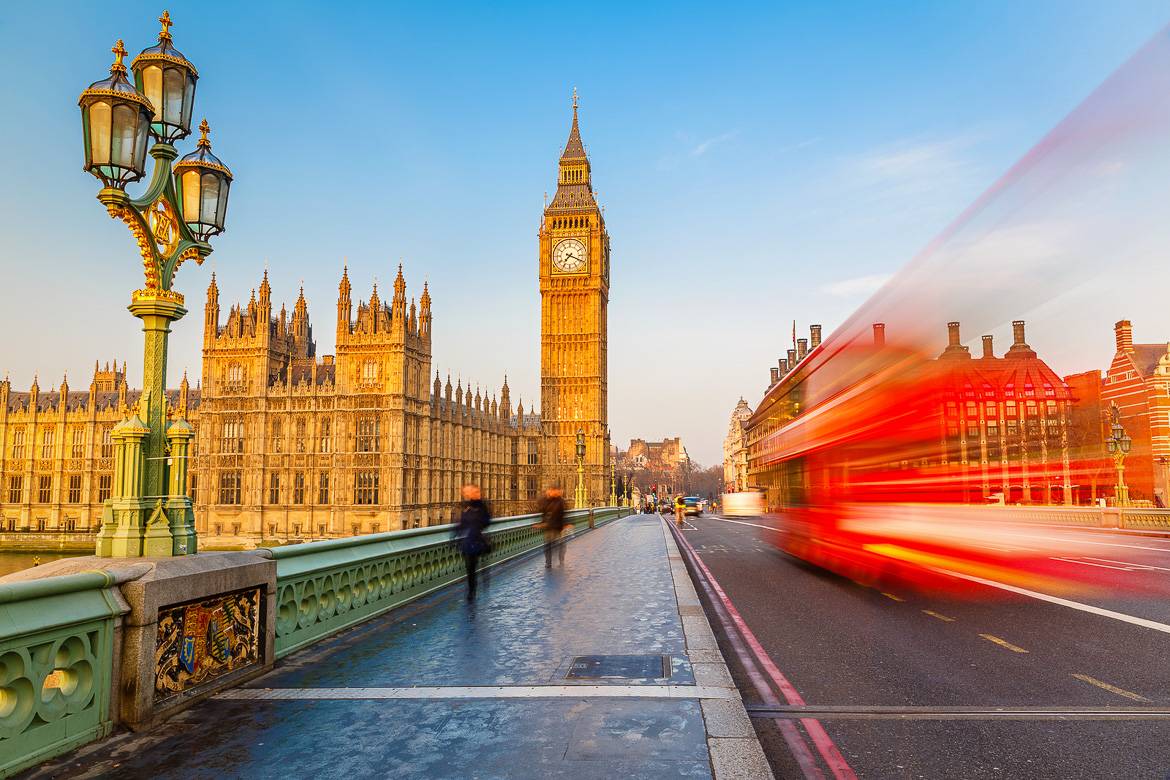 Museum donations In London, most museums are free with request for a donation. In the exciting pursuit of learning something new, it’s easy to walk…

END_OF_DOCUMENT_TOKEN_TO_BE_REPLACED 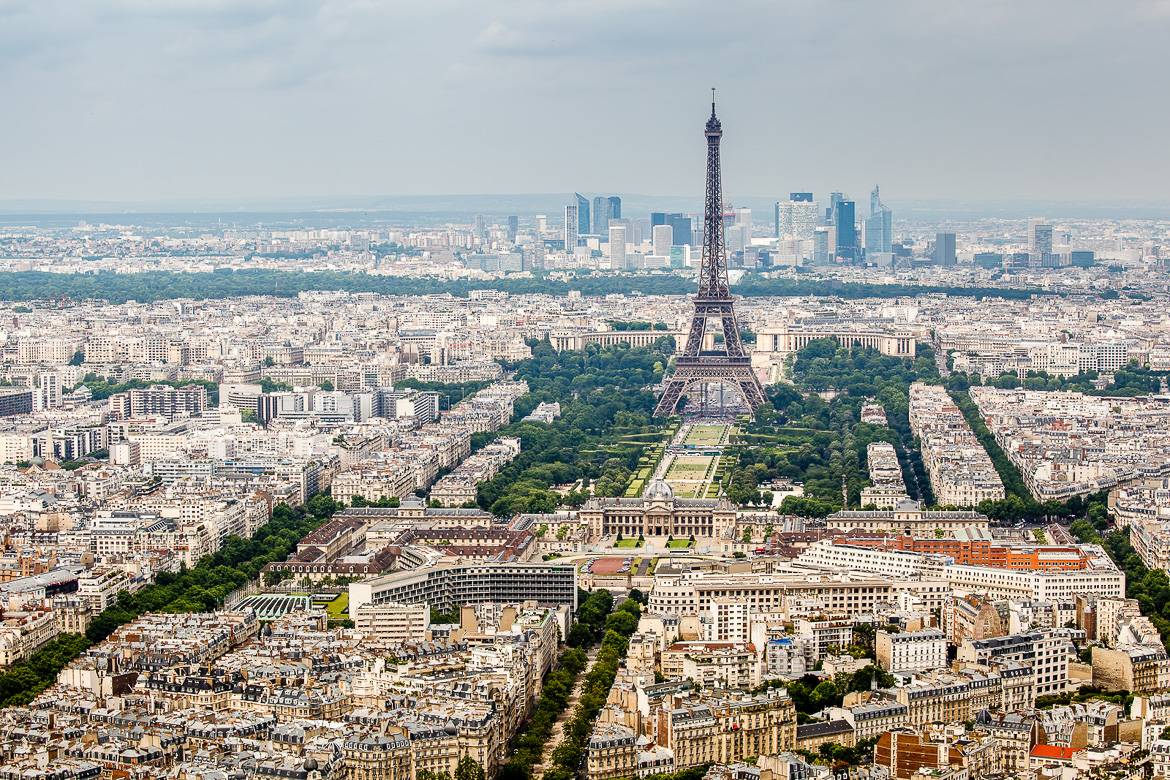 Just like in any big city, the streets of Paris are occupied by tourists and locals alike–so it’s important for everyone to get along! There…

END_OF_DOCUMENT_TOKEN_TO_BE_REPLACED 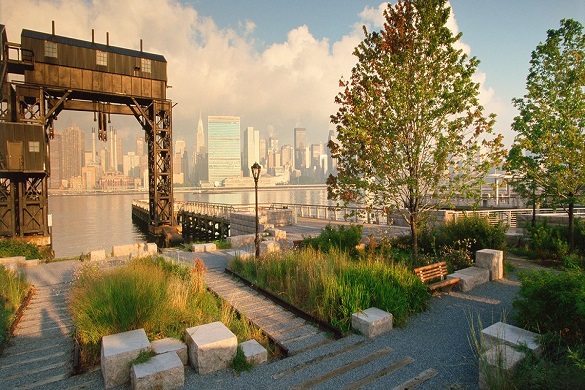 If you’ve been to New York City before, then chances are you’ve already seen most of the usual famous sites and you’re looking to discover…

END_OF_DOCUMENT_TOKEN_TO_BE_REPLACED

A big thank you to all our customers, visitors, and apartment owners who visit our website and have made it so popular. New York Habitat’s…